Völuspá is an audiovisual performance inspired by a dramatic Northern tale that relates the birth of the world and its violent destruction through the fight of giants and gods. The octophonic electroacoustic composition overlayed with expressive cello laments, surrounds a hybrid performative digital and physical painting in a circle on the ground. The visuals, projected on the floor and mixed with paintings, and the surrounding composition immerse the audience in a primitive ritual, evoking circular ceremonials of the ancient times around a fire.

Völuspá is a project of live audiovisual performance by the duo Lola and Yukao Meet.

In the Northern pagan religion Norse, we find Vølven. She was a sacred woman who could enter a shamanic trance and look into the past and the future. Sometimes she had young women around her to to help her enter the trance by singing. She sat on a chair and had in her hand her special wand, while speaking out the images of the cosmological tale she saw in her trance.

In the poetic Edda, a very famous poem of one of these trances is found. It is called Völuspá and consists of 60 stanzas, which can roughly be divided into three parts. Here Vølven, on the request of Odin, one of the most well-known northern gods, describes 1) the myth of how the world was born 2) how the world is now with conflicts and challenges between the gods and how the world will succumb and then 3) a newborn world will arise again, as a circle of an ever-appearing order born from chaos.

Our artistic intention is to transform Völuspá into a live digital audio-visual performance. The atmosphere is intense, dark, expressive and the performance is semi-narrative. We propose an hybrid performance which echoes the ancestral myth through our contemporary concerns. The fight of the giants and gods and its disastrous effects can be paralleled with the fights between politics and economy and the potential dystopian destiny of our planet. The titans can also be seen as a prefiguration of post-humans and highlight the blurry border between humanity, augmented perception and so-called artificial intelligence. The seeress plays a crucial role in the story, she is a medium between the human world and the divine cosmology, announcing future redemption. Is such an ending still possible today in our de-enchanted world?

The space of the performance is designed to have the audience sitting in a half circle so that it can be immersed into the octophonic composition and the stereo live cello performance. The members of the audience sit on the floor or stand close to the round area where the visual performance of augmented drawing takes place, and guides them through this cosmological tale, filled with drama, suspense and movements in space.

Völuspá has been partly produced through a residency at Chateau Ephemere from March to July 2018. 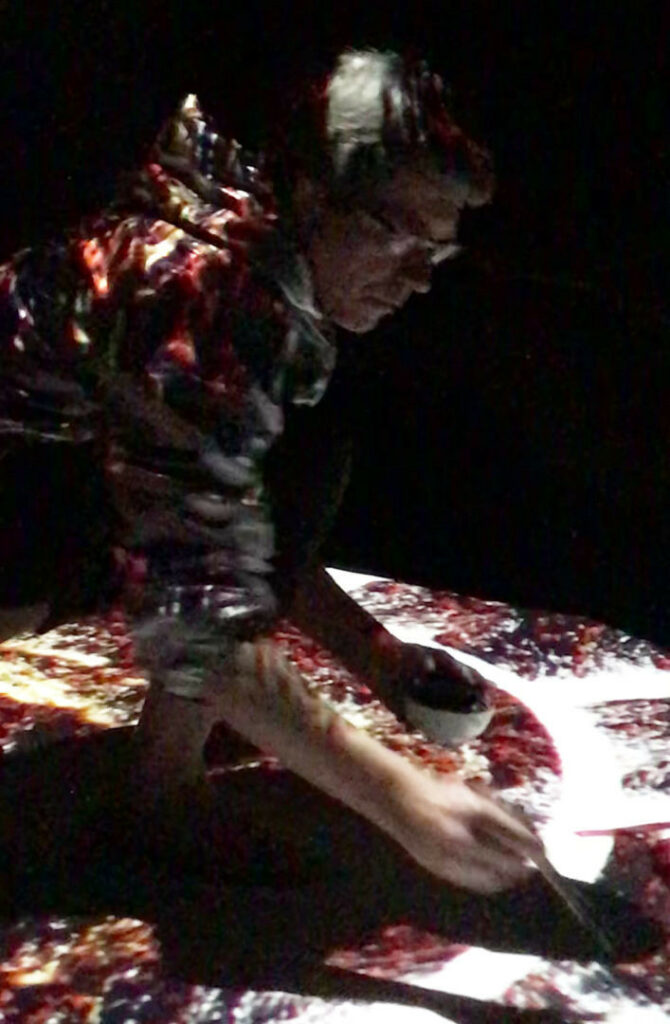 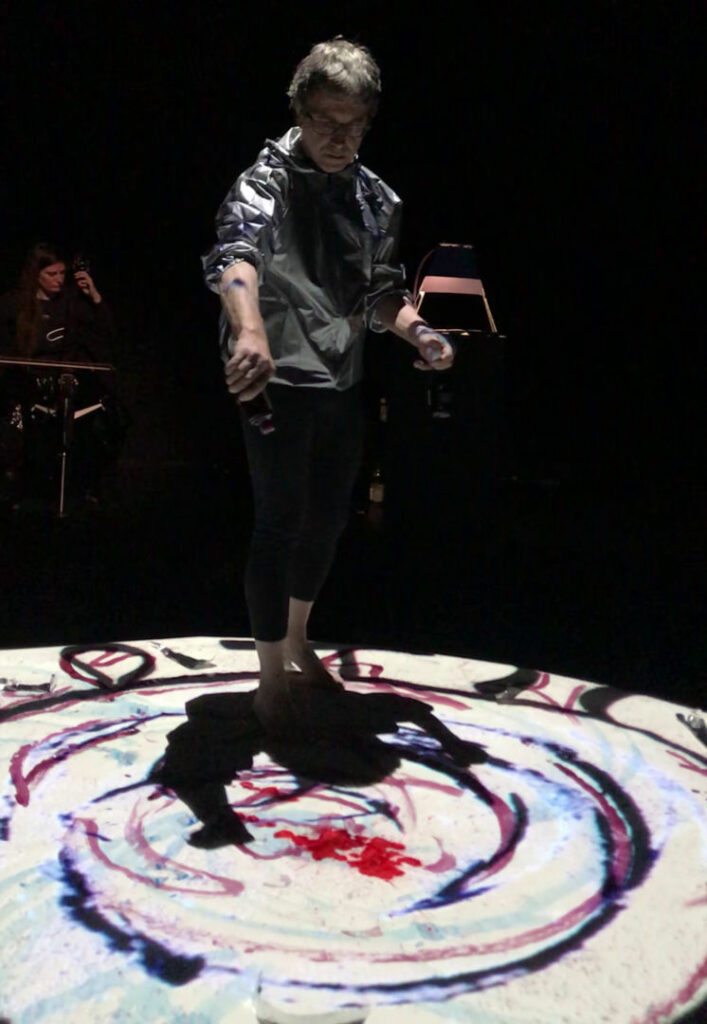 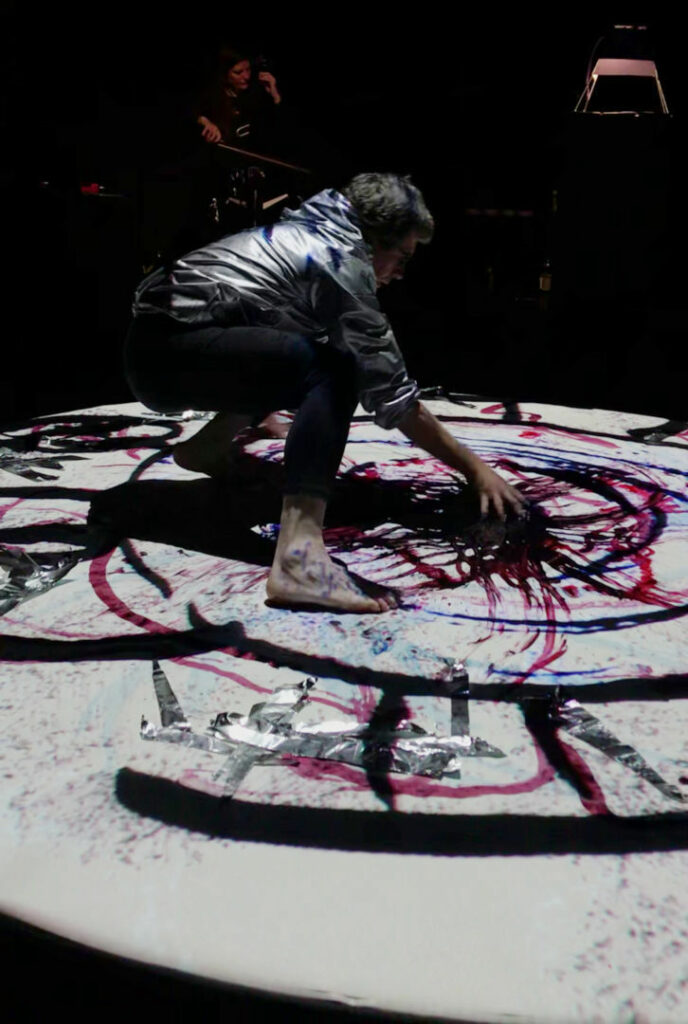 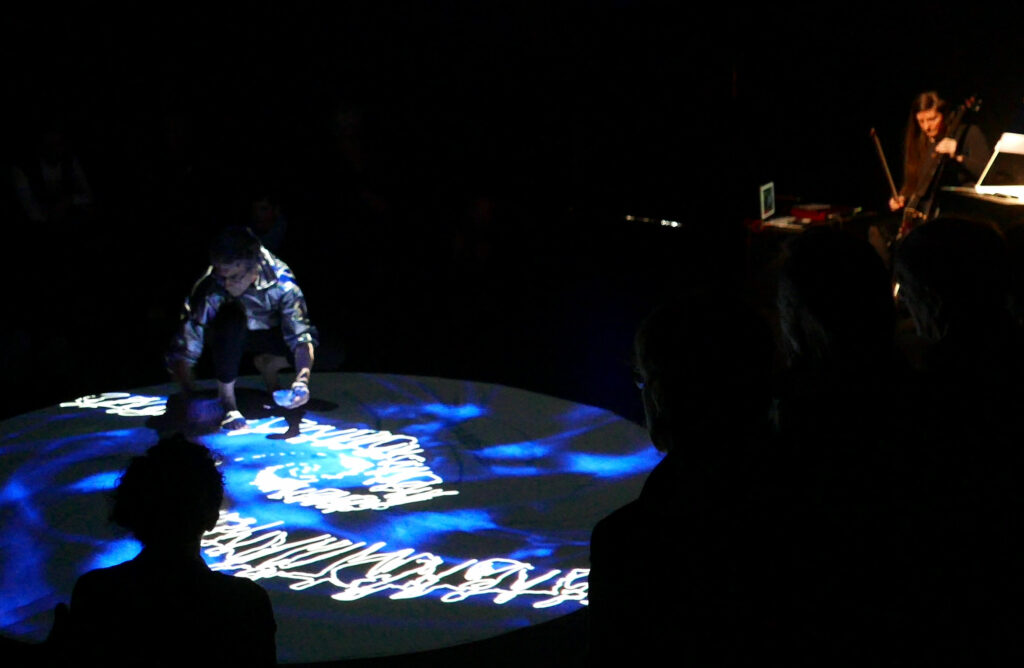 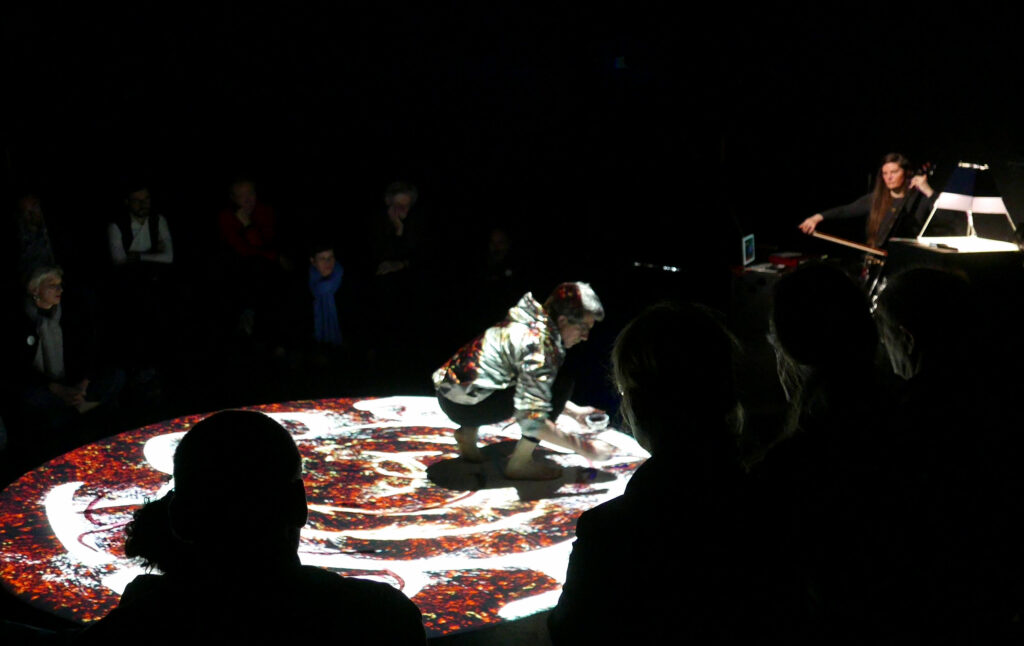 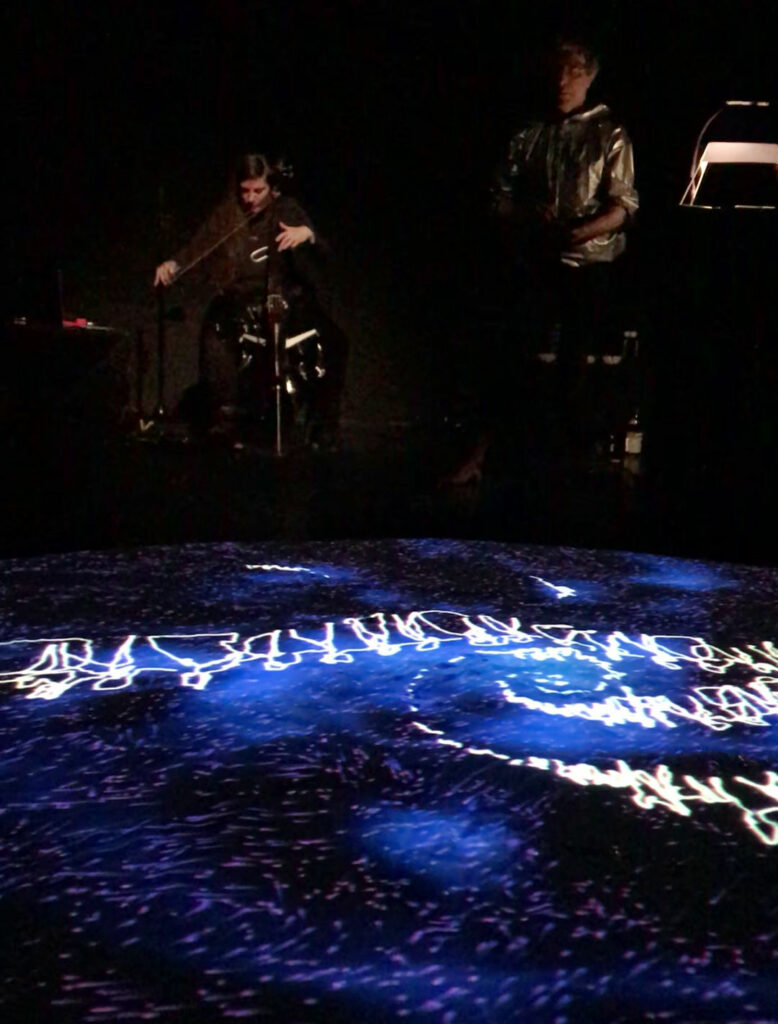 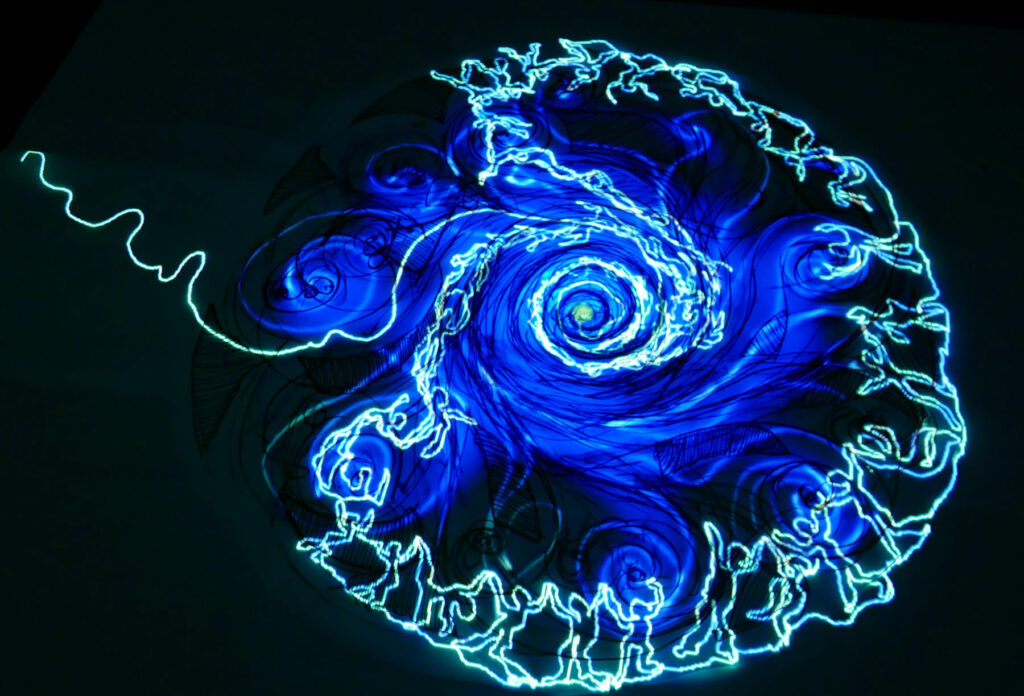 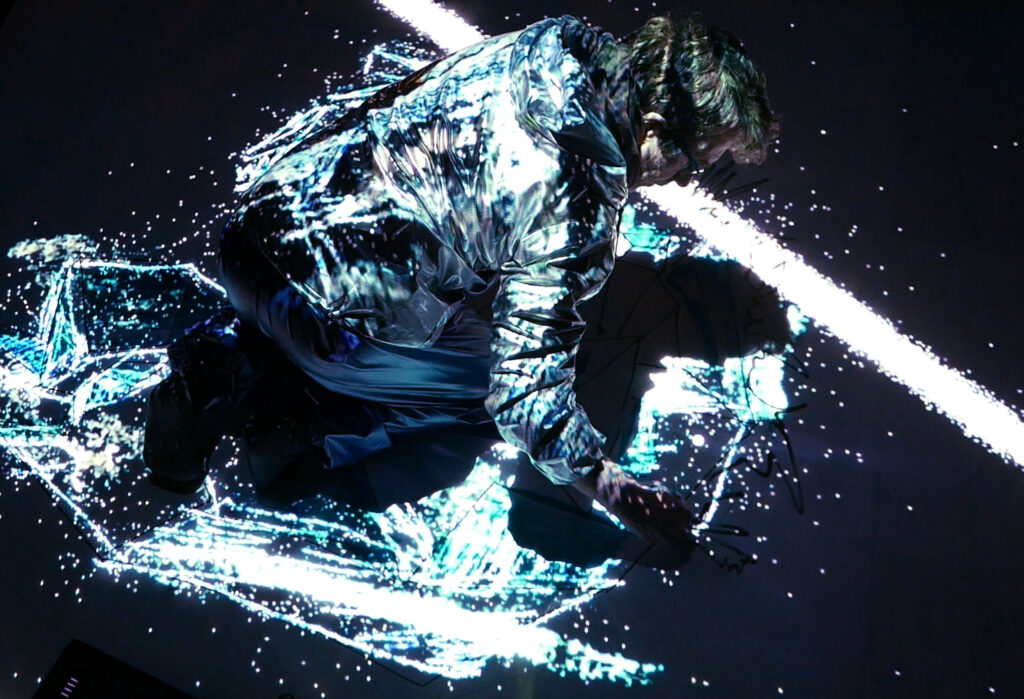 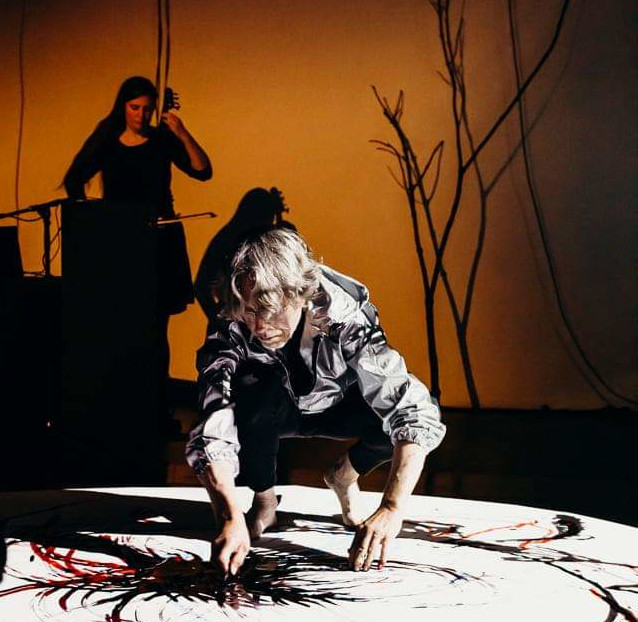 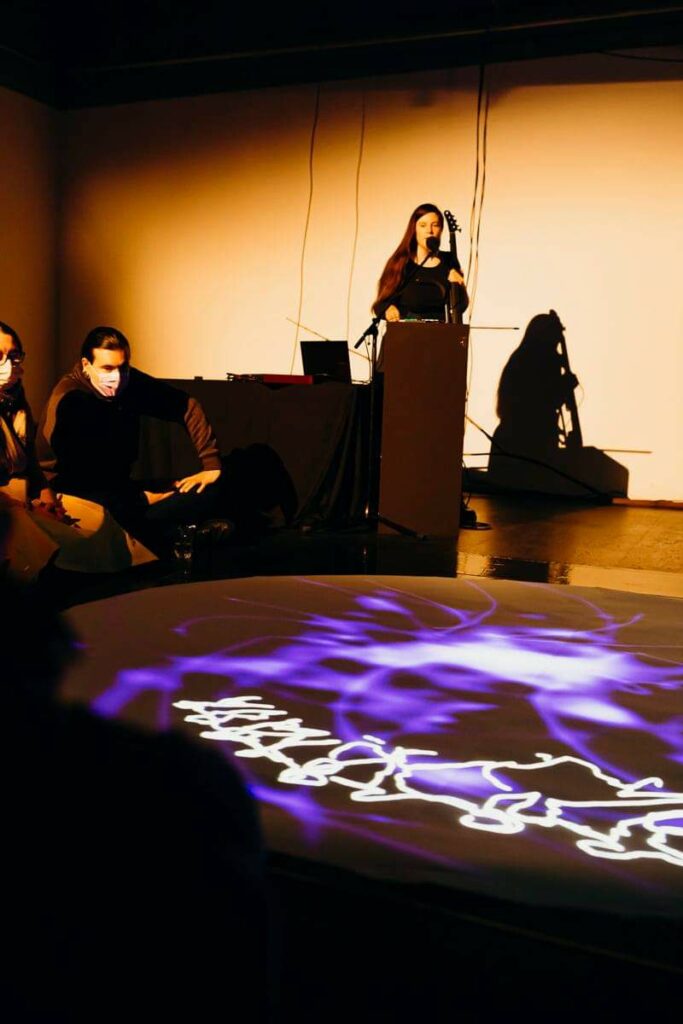 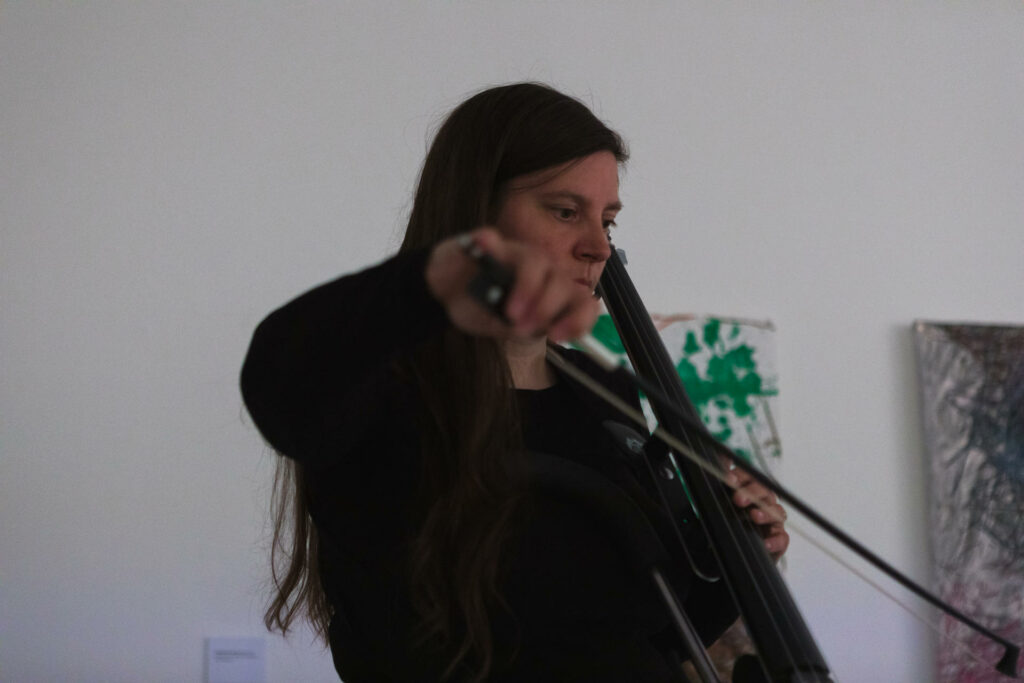 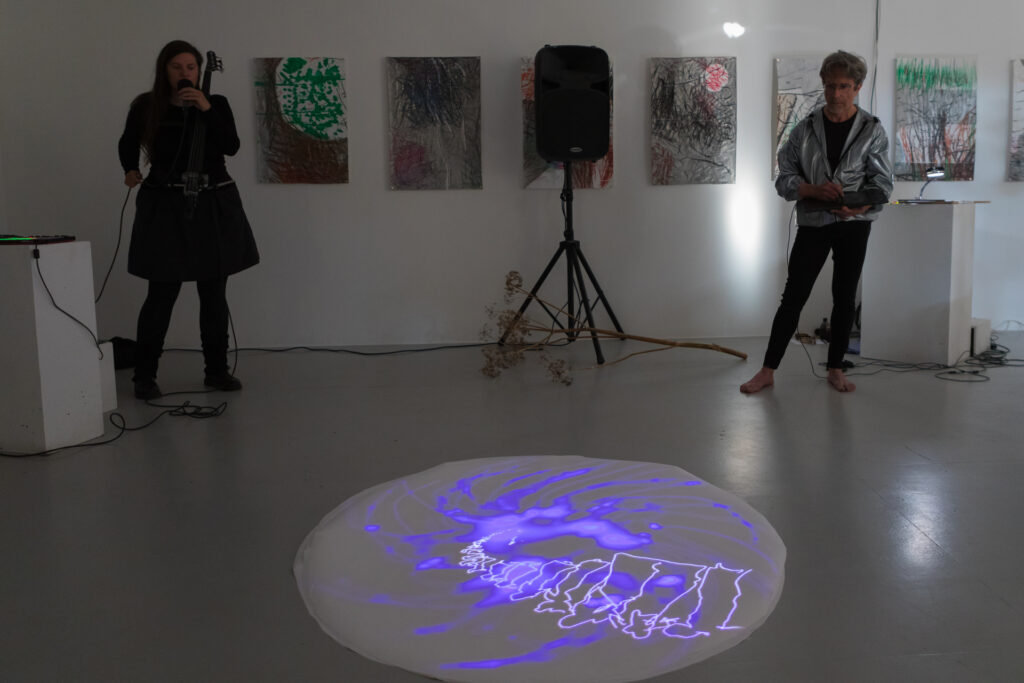