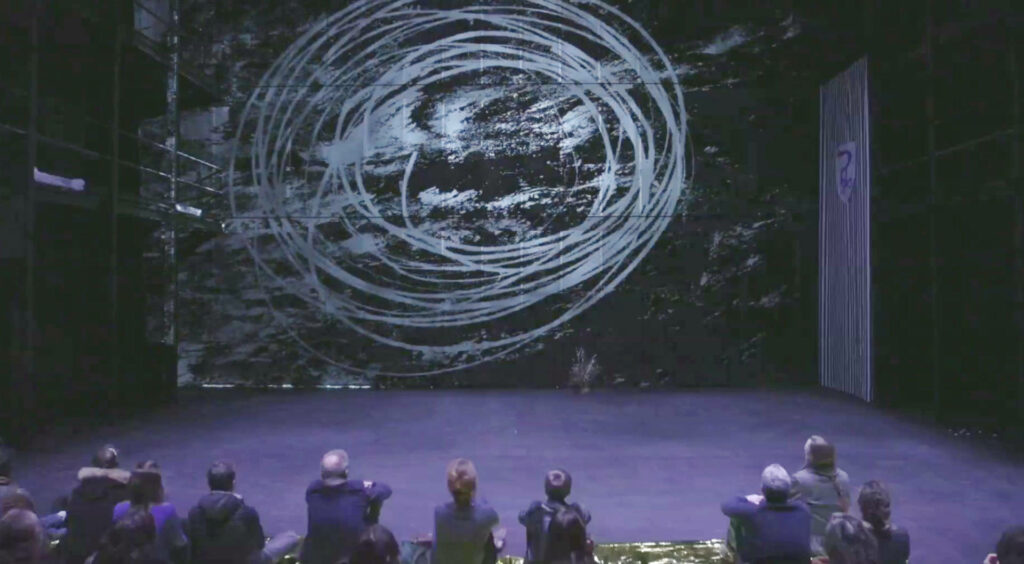 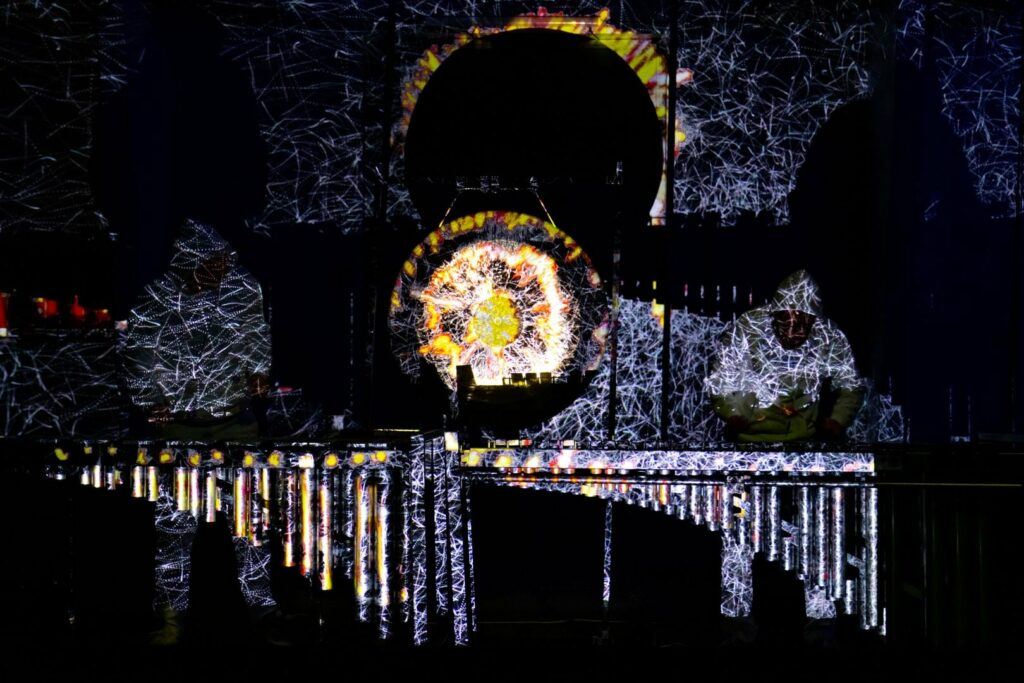 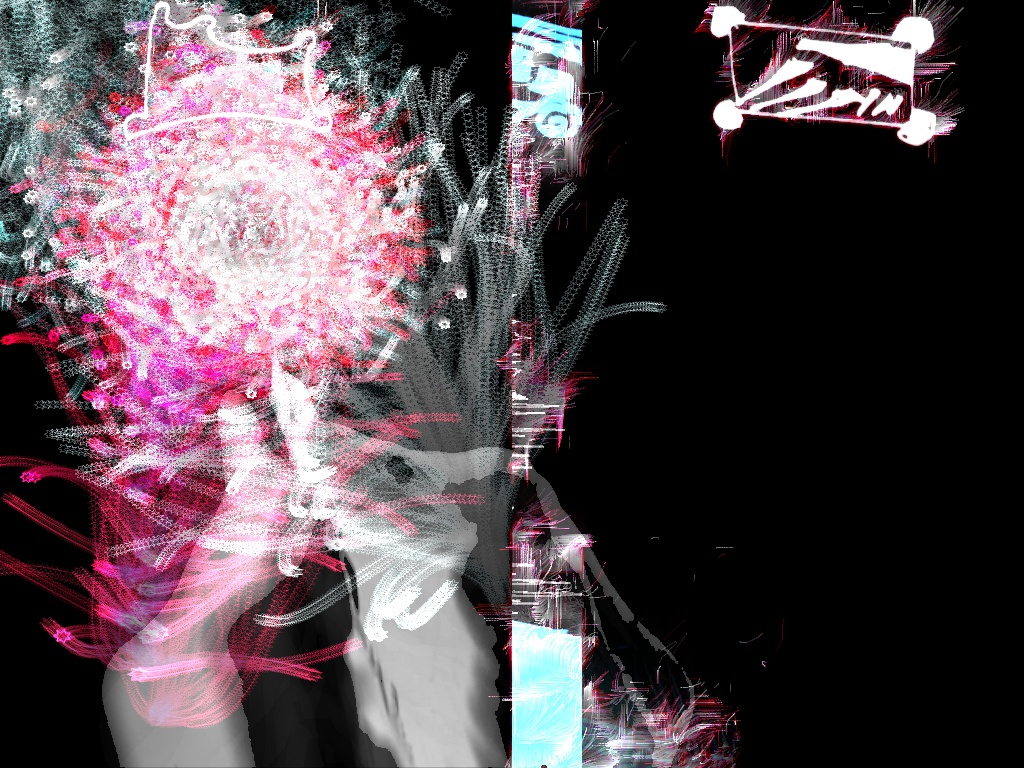 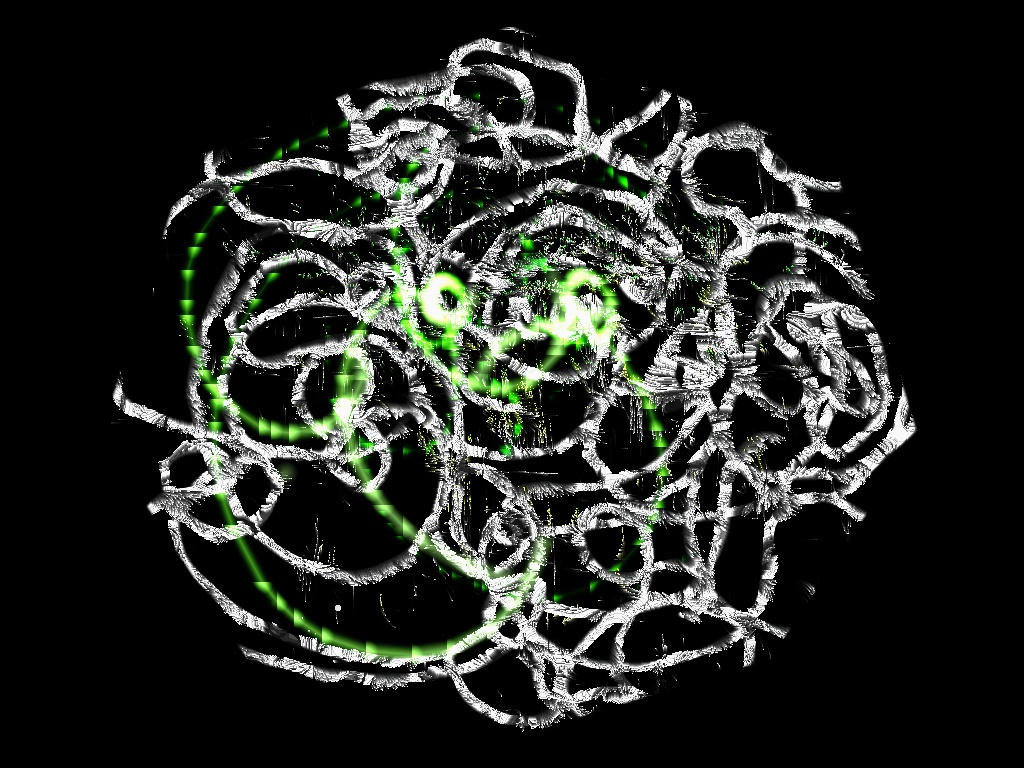 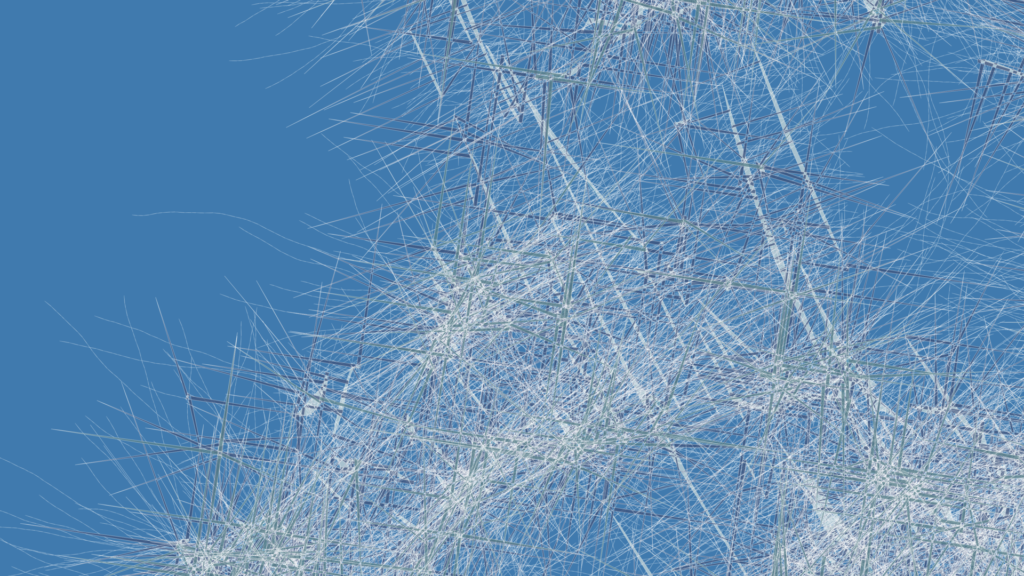 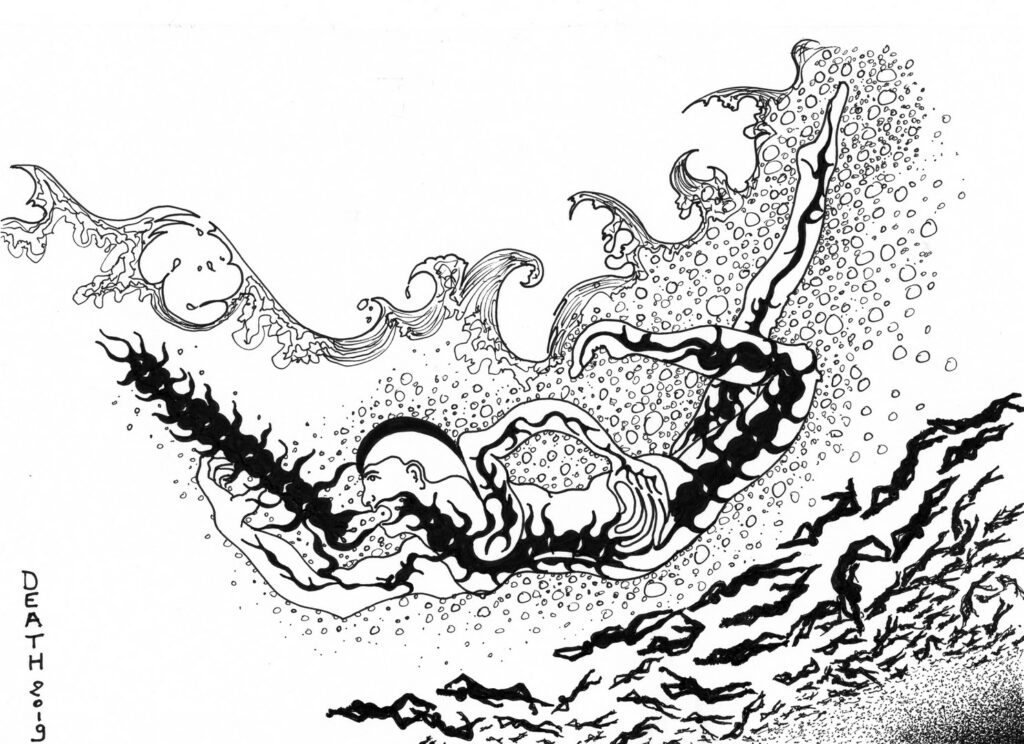 Ink drawings
Self-Portrait Gallery What is our identity at the digital age? Does it have any common feature with parietal art? These Read more

Yukao Nagemi is the artist name of Christian Jacquemin. I hold a PhDin Computer Science and obtained a post-diploma in Computer Graphics at ENSAD in 2003.

I am a visual artist whose main activity is augmented performative drawing. This graphic practice is based on a gesture capture through a graphic tablet or a camera. It is augmented with digital effects and video-projected on stage. It is therefore a form of drawing for live performance which takes advantage of digital technology for amplification (large-scale projection through video-projection) and graphic effects which are mainly linked to sound analysis (attacks, volume, frequency bands). Depending on the artistic setups, this graphic form is similar to drawing, lighting, or scenery. Rather non-figurative, it aims to stimulate the imagination of spectators and to complete the expressions of other disciplines with a graphic trace, permanent or evanescent, linked to other artistic presences on stage.

This practice is very different from drawn concerts. It does not aim to produce a reproducible work because the visual form is constantly changing. It is based on the drawn performance, its gesture, and the connection with other media on stage thanks to sensory receptivity and thanks to digital devices. It is similar to the electric guitar, in that it relies on a traditional medium (drawing) and provides an amplified and visually augmented form of it. (The computer program is distributed as Open Source on github.)

Initially developed as part of the duo Lola and Yukao Meet with musician and electroacoustic composer Lola Ajima, I gradually extended my collaborations to other performing arts disciplines: dance with Annika Kompart and theater with Véronique Caye, and other musical forms such as contemporary music with SoundInitiative, the XAMP duo, Julien Malaussena, live music with Emoi Sonneur, traditional music with Salah El Ouergli… My graphic creations were initially mainly figurative. They gradually became more symbolic or abstract, more in connection with other artistic forms. Initially projected on screen, the visuals are now rather projected on the instruments, the performers, on physical elements of the stage such as the floor or the back of the stage. Initially limited to drawing, my practice now incorporates photo and video, object manipulation, and light control. The too systematic use of screens on stage for the visual parts sometimes seems to me to be an easy solution, which does not sufficiently question the good harmony between the image and the other disciplines and takes the risk of dominating the stage without creative dialogue.

Several residences at the Scène de Recherche Paris-Saclay, at the Château Ephémère and at the Atheneum have allowed me to increase the range of my tools and to carry out in situ experiments. Contacts with artists having a reflection on the image on stage like Véronique Caye, on the augmentation of sound and image like Nicolas Perrin, on the spatialization of sound like Lola Ajima, made me evolve in my practice. I now approach my graphic creation as a component of a visual, sound and bodily ecology on stage, with which it must develop forms of communication and creative complementarity.

During Covid lock-down, I made three animated films based on pieces of music. They are all three made with an animation technique called vector video, in reference to vector drawing.

I also carry out creative digital drawing workshops with children (ActArt collective) or for children with autism (IME La Postaillerie).